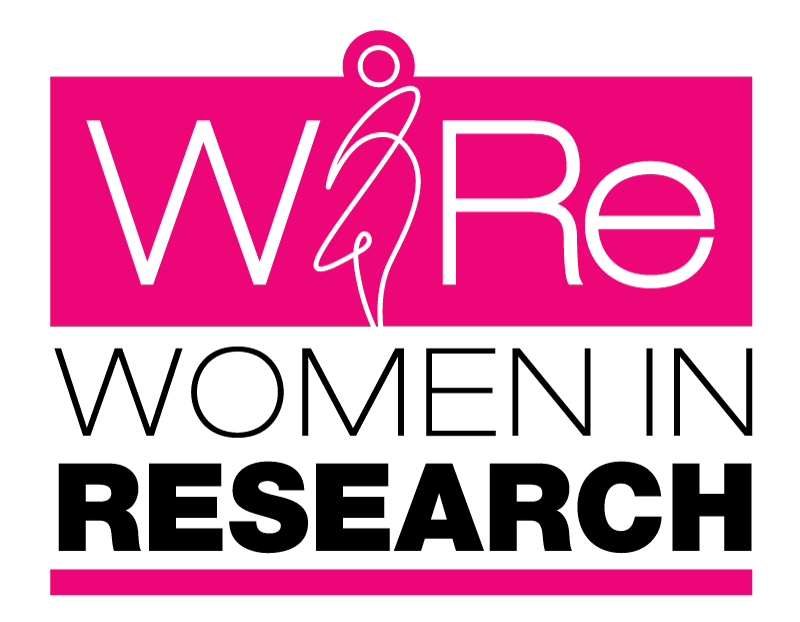 Blockchain! A Cosmic Disruption that will Unearth the Research Dinosaur?

There has been a lot of discussion in recent months about the impact of Blockchain, not only on the Market Research industry, but on the technological economy at large.  According to Rolfe Swinton, a leading Blockchain advocate for the MR space, it is estimated that nearly 400 million dollars has been invested in Blockchain tech within the Insights space alone.  New companies are rapidly emerging; some are looking to work within the existing eco-system while others are claiming this tech will make a seismic impact and eradicate many of the intermediaries within the research food chain.

While Blockchain may very well disrupt how we perform research, its impact will certainly have implications on the central why in much of what we do as well. There is an inherent marketing value attached to Blockchain as a buzzword and the promise of better quality samples, as well as a rapidly changing relationship with consumer data. All these elements directly call into question the ever-shifting role of the researcher like never before. I don’t want to burst the proverbial hype-bubble that surrounds Blockchain, but I’m here to tell you that Blockchain will not unravel the long-established tenants of research, or the current methods for participant procurement like some technologists suggest.  Call me a research dinosaur if you like (ha!), but I’ve been in the industry long enough to know that while this technology presents an incredible opportunity for improved validation, there are many challenges that will limit its impact. Namely, technology disruptions like Blockchain are only as good as their ability to scale and meet the insatiable appetite that prevailing methodologies demand.  The industry’s survey inventory is often targeting key groups and sub-10% incidence populations that simply won’t subscribe to Blockchain-based research networks.  Even the largest sample factories are not large enough to fulfill many of the studies in circulation.  As a result, researchers are required to leverage multiple respondent sources to execute their research. And there lies the rub!

Some may recall a company called True Sample which emerged as a fraud-mitigation leader several years ago.  Several brands made a bold declaration that all their commissioned studies required only “True Sample” validated respondent sources.  As a result, many sample agencies scurried to validate their panels only to realize that a significant proportion of their panelists could not or would not subscribe to this level of validation.  Research agencies found themselves scrambling to complete projects and fell short on feasibility.  Remember, technology is only as good as its ability to scale and the same will be true for Blockchain-based panels. Now, before I reveal all my prognostications for the future of market research, let’s explore what Blockchain is and answer some of the pressing questions many of our researchers’ have been ruminating.

A blockchain is a digitized, decentralized, public ledger of cryptocurrency transactions— a series of data entries outlining the details of a transaction. Transactions are recorded and added to this ledger in chronological order, thus comprising the “chain” of ever-growing entries or ‘completed blocks.’ A block also contains a hash: a unique fingerprint specific to the data inside and changes as that data is altered ensuring uniqueness (as well as the hash of the previous block in the chain). This is what makes Blockchain data so secure: as the data and fingerprint of a block changes, it causes a ripple effect that calls in to question the validity of each subsequent data set thereafter.

Adding to this complexity, Blockchain uses a peer-to-peer distribution system.  Computers connected to the network are called “nodes” and all nodes are given a copy of the same blockchain. The validity of data is tested by way of consensus between these nodes; if data is valid, it should be consistent across a network. This shared structure allows participants to keep track of digital currency transactions without central recordkeeping.

Originally developed as the accounting method for the virtual currency Bitcoin, Blockchains are appearing in a variety of commercial applications today. Currently, the technology is primarily used to verify transactions (within digital currencies) though it is possible to digitize, code, and insert practically any document or other data into the blockchain. Doing so creates an indelible record that cannot be changed; furthermore, the record’s authenticity can be verified by the entire community using the blockchain instead of a single centralized authority (thereby increasing trust and validity).

What are some potential applications for Blockchain in the MR industry?

Several new Blockchain businesses made their debut at the IIEX conference in June.  As a researcher, I was intrigued with the various applications presented – some business leaders boldly predicted that Blockchain would entirely disrupt sample procurement as we know it and all but unearth the current contributors to the research ecosystem.  Conversely, other start-ups presented Blockchain simply as a service layer, helping to increase quality to the existing insights supply chain.  From my perspective, Blockchain could be harnessed within existing panels and respondent sourcing structures to help achieve greater levels of validation. But, will this technology eradicate panels and sample exchanges altogether?  Are we going to meet our doom and become extinct like some suggest? No.  Anyone who makes this bold supposition does not appreciate or understand the nuance of sampling as a science.

How are Blockchain technologists approaching the MR industry?

Some technologists see Blockchain as a service layer—a value-add to panel companies and agencies.  Others are claiming that a new paradigm is upon us where brands will go directly to the consumer and in turn consumers will name their price (for their data).  Recent regulation such as GDPR, as well as new privacy and data brokering laws surfacing out of Vermont and California, have created a new landscape as it relates to consumer privacy and data ownership.  A handful of firms claim to have a patent pending on the use of Blockchain in the MR space however many experts claim that it will be impossible to carve out this tech and limit its use to one firm.  It’s like saying you can get a patent for the internet!

At InnovateMR, I invest a lot of my time conducting research on quality best practices and tactics to mitigate fraud. As such, the Innovate team and I are very interested in how our industry can leverage Blockchain to fix some of the long-time challenges MR has been facing.  It is no secret that the internet is riddled with opportunities for stolen data and that our industry has been a target.  Blockchain could present some incredible, industry-shaping advancements when it comes to data security, but it is our opinion that tech is only as good as its ability to scale—there are several hurdles that our industry must overcome before this technology can be fully embraced.

What questions should we ask of Blockchain technology?

Blockchain may help solve some of the quality issues that exist today, but can it yield representative and replicable sample frames? Can it adjust for attitudinal and behavioral variances among consumers?  Can it mitigate over-endorsers? Can it provide brands with the scale needed? Indeed, so many questions! Many of the surveys we field as an industry are sub-10% incidence; you need an incredible scale to get these done. We know younger demos will embrace Blockchain, but what about older demos, as well as the other highly desirable segments that otherwise remain elusive and difficult to capture i.e. the Hispanic demographic?

We’ve heard Blockchain experts predict that consumers will learn the value of their data and look to monetize it.  As such, an open marketplace will emerge where brands and consumers have direct contact and consumers will name their bounty and the brands will pay the asking price.  However, given the price compression and commoditization of the sample space, this reality sounds very far-fetched to me.  Imagine a world where a large brand negotiates with consumers directly for their data and the consumers demand a price that all but eradicates a carefully managed budget.  Given the pricing compression we have seen over the last ten years, I would say the appetite to pay for data has declined substantially, not the contrary.

For Blockchain to truly work and to gain meaningful scale, the majority of sample companies will need to expose their respondents to a central exchange hosted on Blockchain tech. Panel companies would be required to share information with each other on historic respondent behaviors.  Think a DIY-type exchange, but with ALL providers included and cooperating nicely in the sandbox.  This type of collaborated effort is a tough ask from otherwise VERY competitive providers.

Finally, what’s the impact on normative data and longitudinal trends in research?  What research literature exists that will give brands the confidence to leverage this tech?  This is probably one of the biggest hurdles to overcome for the research community. Many will say, “But we migrated to online all those years ago – what makes you think we can’t migrate to Blockchain?” True, while we were able to successfully transition from offline to online data collection all those years ago, we enjoyed immediate scale, increased speed and at a fraction of the cost to traditional CATI-based research and paper survey methods.  Do those same advantages exist with Blockchain?  Will we enjoy scale?  Will we maintain our research budgets if we let consumers name the price for their data?  Further, the research community will need to conduct extensive research-on-research to understand how a Blockchain-based methodology mitigates our concerns around representation and the years of normative data we have invested in.

What’s my prediction for the future?

Sadly, the average LOI is still hovering around 24-25 minutes and only about 10% of surveys are truly optimized for mobile.  As such, we at Innovate believe our industry will be slow to adopt Blockchain. While it’s no secret that the industry is risk-adverse, we as a company plan to stay very active in the conversation of Blockchain technology as we are committed to improving transparency in the industry and increasing trust and respondent validation. Blockchain is something to watch as it presents a very real opportunity to impact the MR industry and improve data quality however, to truly integrate it, we’ll need to reimagine much of our research DNA and leave our competitive tendencies where they belong, in the distant past!

Are you interested in learning more about InnovateMR’s sample management expertise?  Check out our resource library. Or, better yet, email us today to schedule a discussion with Innovate’s Chief Research Officer and resident sample expert, Lisa Wilding-Brown. 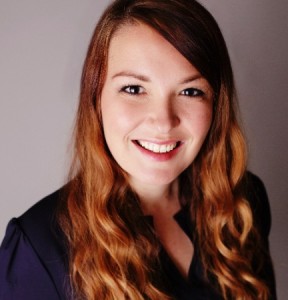 As a 15-year veteran, Lisa is responsible for quality, best practices and sampling methodologies as Innovate’s Chief Research Officer. Prior to joining Innovate, Lisa was a member of the executive team at uSamp where she developed the company’s global panel and led the mobile business division. Lisa got her start in Market Research at Harris Interactive where she played an instrumental role in developing the Industry’s first online panel, The Harris Poll Online. Lisa has presented at AAPOR, MRS, the MRMW, The Insights Association, SampleCon, WomenInResearch (WIRe), the GRBN and she has published research on engagement, survey design, quality and mobile best practices.

Announcing the 2020 MRX Diversity Champion Nominee Shortlist
Ready to be an Insights Innovator? Shift Your Perspective.
Acting on Empathy

We're pleased to announce that — in conjunction with Insights Association and with support from EchoMR — our 2020 MRX Diversity Champion award submission cycle has closed and we now have a short list of change makers to celebrate!

Ready to be an Insights Innovator? Shift Your Perspective.

Innovation was often challenging enough to implement in a pre-pandemic world. As 2020 continues to throw curveballs left and right, staying agile and embracing a perspective of adaptability is key.

Anxious, overwhelmed, struggling to focus? You are not alone. According to a new American Worker study conducted by Logica Research in partnership with InnovateMR and Women in Research (WIRe), 42% of the workforce have expressed a significant uptick in stress, with 31% reporting troubles sleeping, 30% over-indulging on food, and 27% having difficulty concentrating.